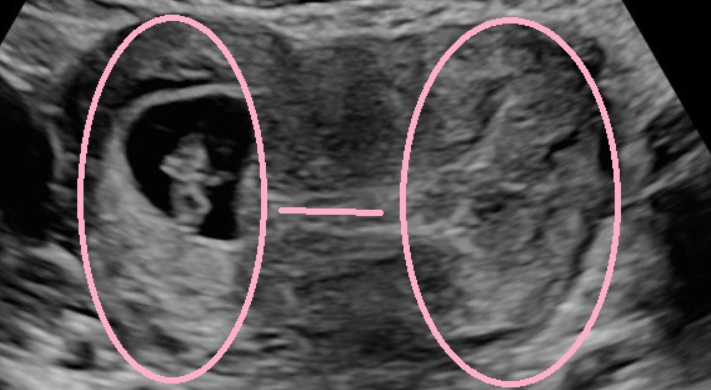 Abnormal Uterus Shapes: What You Need to Know

Did you know that the uterus can come in lots of different shapes and sizes? If an ultrasound reveals that your uterus is what we call an “abnormal shape”, it’s totally natural to feel a bit panicked. This certainly isn’t helped by the fact that even one innocent internet search for more details can produce an onslaught of alarmist headlines; unnecessarily scaring expectant mothers or those trying to conceive. We therefore felt it was important to clearly and calmly provide you with the facts surrounding these different shapes, as well as certain things you will need to keep in mind going forward.

WHAT ARE THE DIFFERENT UTERUS SHAPES?

So, let’s start by differentiating between what uterus shapes are medically classed as “normal” and “abnormal”. As you read this list, please do note that while the word “abnormal” can sometimes have negative connotations, in this context, the classification is simply used to flag a difference – not to cause alarm.

An anteverted or anteflexed uterus is the most common shape of the uterus. This means that the womb tilts forwards, towards your tummy.

An arcuate uterus is when there is a slight dip or indentation at the top of the womb. Similarly to a tilted uterus, an arcuate uterus shouldn’t affect fertility or cause pregnancy complications.

If your sonographer identifies any of the below shapes, please understand that an abnormal uterus is a congenital abnormality, meaning you were born with it. There is no way to prevent or stop the way a uterus forms – these anomalies just happen. In fact, according to babycentre.co.uk: “studies suggest that one in eighteen women can have a uterine abnormality”. Our experienced sonographers are well versed in identifying each type, and will know exactly how to monitor and support you throughout your fertility and pregnancy journey.

One of the most common types of uterine irregularities is a bicornuate uterus: a uterus that has formed in a heart shape with an indentation at the top, creating two ‘horns’. This means there are two wombs that are connected to a single cervix. Below is a fascinating ultrasound image of a partial bicornuate pregnancy with lines indicating the separation. We can see that baby is growing in the left horn of the uterus! 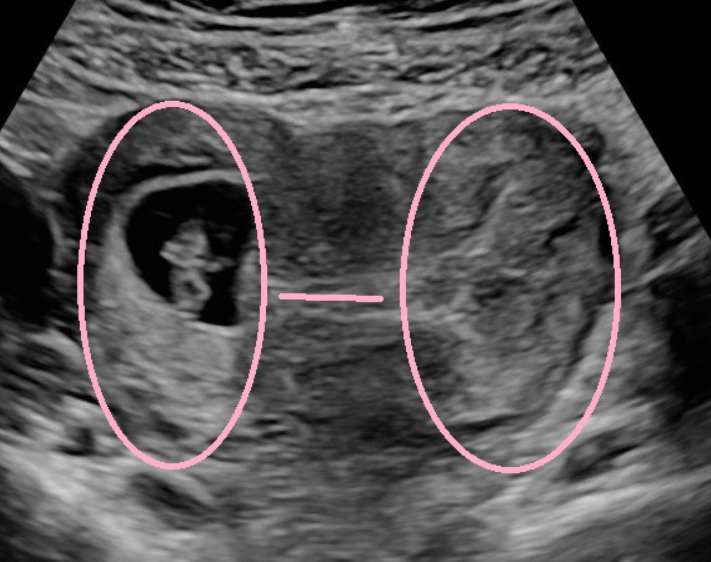 Risks: While a bicornuate uterus should not have an effect on fertility, there is a slightly increased risk of miscarriage and pregnancy complications, such as early delivery. You will therefore be monitored closely throughout your pregnancy to check the baby’s position.

Considered the most common abnormal shape (healthline.com), a septate uterus is when a layer of muscle divides the womb in two, right down the middle. This division can sometimes be partial (subseptate) if the division does not come all the way down.

Risks: A septate uterus may cause fertility complications. There is an increased risk of early term miscarraige and preterm birth. The baby may also be in an awkward position in the later stages of pregnancy.

Uterus Didelphys is an uncommon abnormality where the patient has two wombs, each with their own cervix and possibly a double vagina.

Risks: Uterus didelphys should not affect fertility. However, this abnormality has been linked to pregnancy complications and preterm labour.

Risks: A unicornuate uterus should not cause fertility complications, however it does carry an increased risk of pregnancy complications and miscarriage.

These abnormalities are often visible during an Early Pregnancy Scan. They can also be spotted during a Pelvic Scan (please note, medical scans must be requested by your GP via referral).

We look forward to seeing you soon!